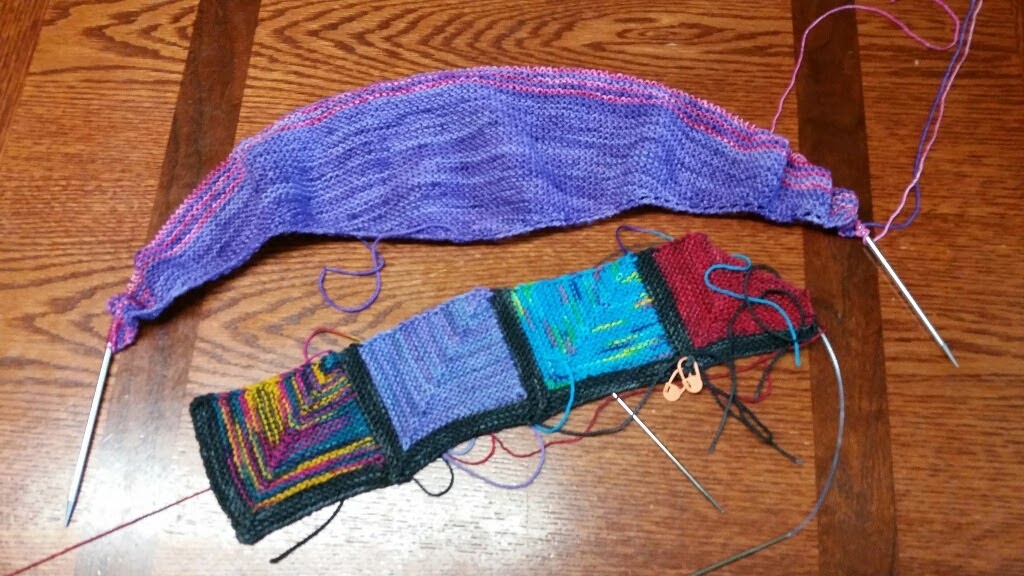 In this episode, the girls run out of time before they get to a topic. Susie hangs on by a thread, and Danie goes crazy with the black sock yarn.

Check out Stash Dash 2015 and the Around Your Neck KAL!

Danie knit a bit on her Awesome Socks, and made some great progress on her Mama Vertebrae, thanks to the magic of a VKN. She also cast on her Mother’s Day Cast-On 2015 project, which is where she went sock yarn crazy.