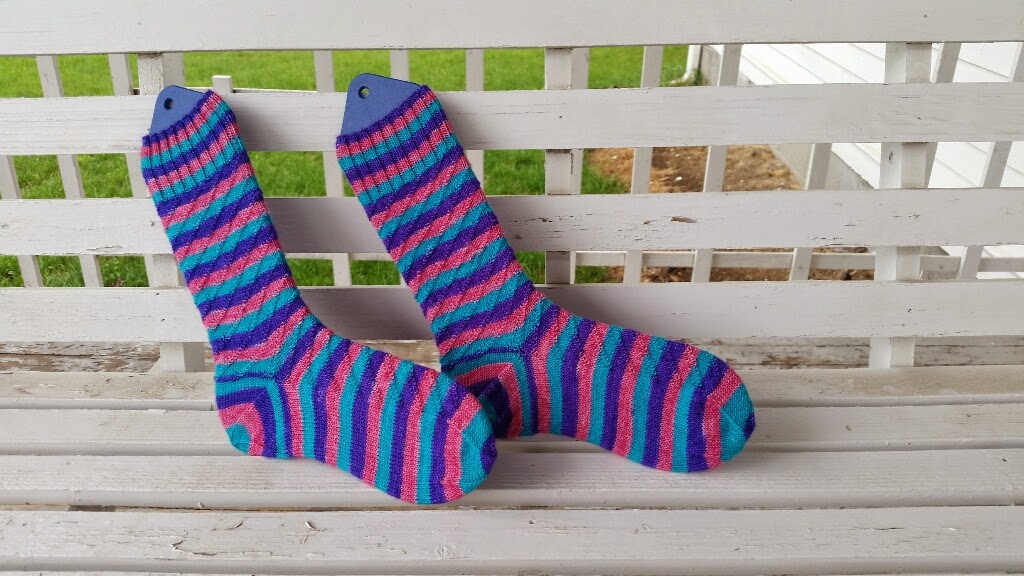 In this episode, the girls natter about needle storage. Danie has fancy new glasses, and Susie has a bit of a periodic general funk.

The winner of the skein of yarn from One Twisted Tree was announced!

Susie finished her Swirl E. Socks! The stripes match up very well, except for the color order on the heels. She decided the recipient could live with it rather than frogging.

Susie picked back up her Dragonflies Jumper, and cast on a new pair of husband socks.

Danie worked on her 60 Stitch Skyp Socks, as well as her Awesome Socks.

Danie worked just a little on her Dude Socks, got the heels knit in both of her 60 Stitch Skyp Socks, and started a new pair of Awesome Socks out of Kirbywirby yarn. She had a son of a stitch with herMama Vertebrae in the form of a dropped stitch she has decided to tack down rather than tink back to fix.

Susie plans on casting on the third curl, Gridelin, possibly out of Knit Picks Wool of the Andes Sport in Baltic Heather, leftover from her Holloway. She also wants to cast on a pair of Atlantic Current Socks using Lorna’s Laces Solemate in Blue Skies Over Colorado.