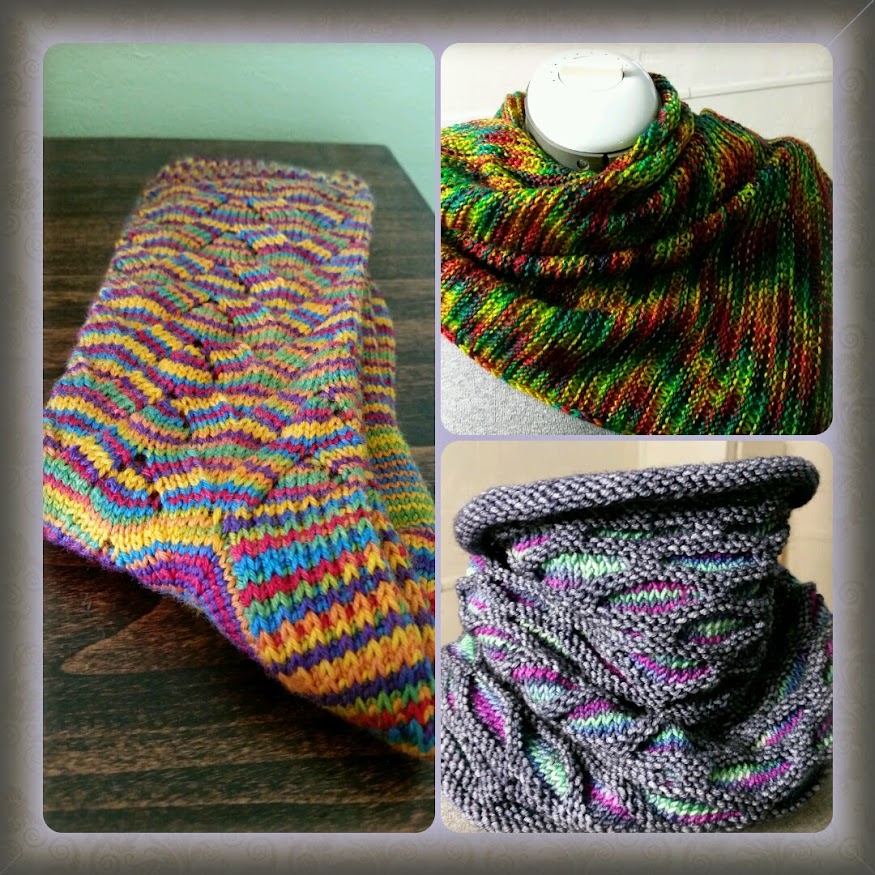 In this episode, the girls talk about their knitting plans for the year. Danie kept a narrow knitting focus over the break, and Susie knit on all the things.

The winners of the 2014 Legend-Prairie are announced!

Enter to win a copy of the Twisted Sand Mitts pattern or the Triple Swell Hat pattern! Post in the contest thread on the Ravelry group and tell us where you see yourself wearing these lovely accessories, and we will randomly draw two lucky winners.

Danie finished another pair of mittens and another Barley hat with a pompom. They are out of some fun yarn she dyed herself, that look like a funfetti cupcake in yarn form.

Susie finished her first curl, Caesious. It’s beautiful, and she’s working through the usual style issues she has with shawls. She also finished her second Conjunction Cowl and has been wearing it pretty much non-stop. Also finished are the Monkey gift socks, after a couple of minor hiccups along the way.