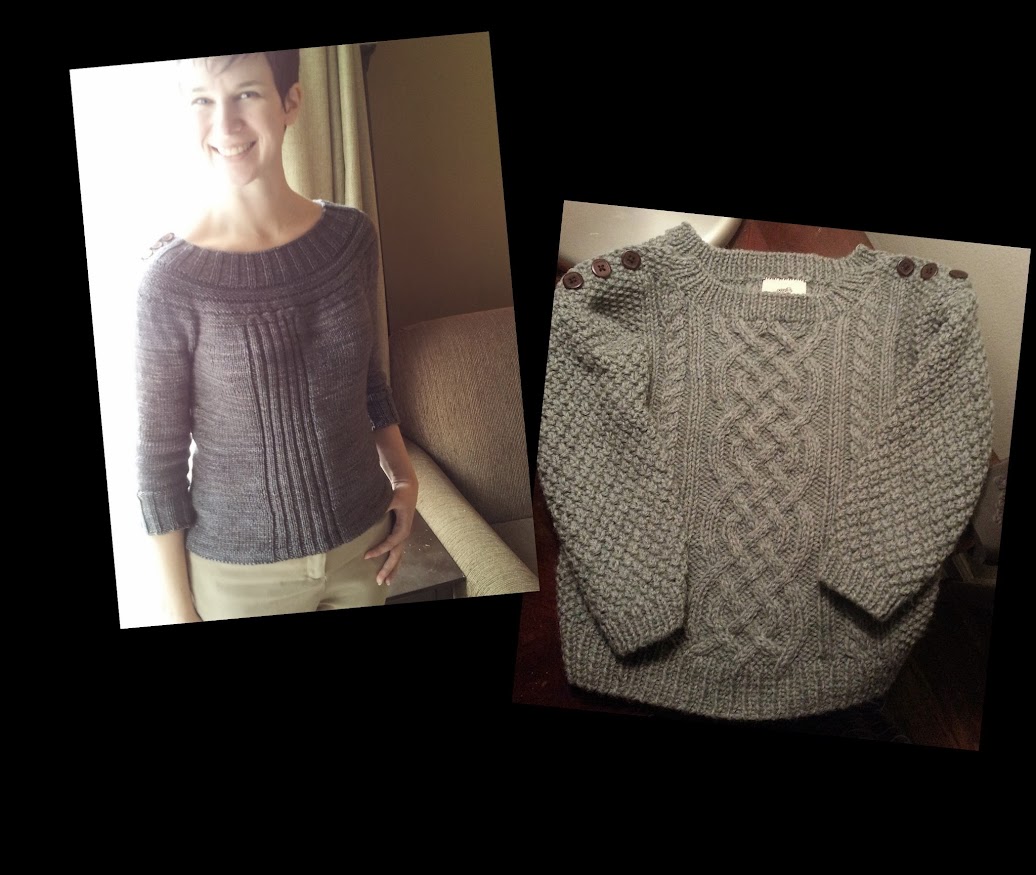 In this episode, the Prairie Girls play a game of “Would You Rather…?”.  Both girls are proudly sporting gold medals from the 2014 Ravellenics!

Susie finished her Ahoy Matey! or The Pirate Pullover. She has received outside approval on her seed-stitch seaming and so is satisfied. Overall she likes the project a lot, and looks forward to seeing it in action sooner than later.

Danie finished  her Middlefield Pullover. It is down to the ground amazing. She continued to battle speed bumps until the very end, having to knit the second sleeve twice after discovering four extra stitches. She is extremely happy with the fit.

Susie worked more on her Conwy socks, and is close to starting the heel flap. She had a son of a stitch with the Learning Curve she started Thursday evening, but rebounded with the Elizabeth Shawl, and feels it’s a good fit for the Maple Ridge Lace in the Tansy colorway.

The new meaning to Danie’s life is the Miranda sweater, inspired by a friend’s version. She is using Knit Picks Swish DK in Indigo Heather. She has a niggling doubt for some reason as to the ease, but is going to try to have faith and keep going.

Join the Prairie Girls in their game of “Would You Rather…?”! Post yours by March 30th in the contest thread in the Ravelry group to be included in a drawing for a beautiful Halcyarn bag.