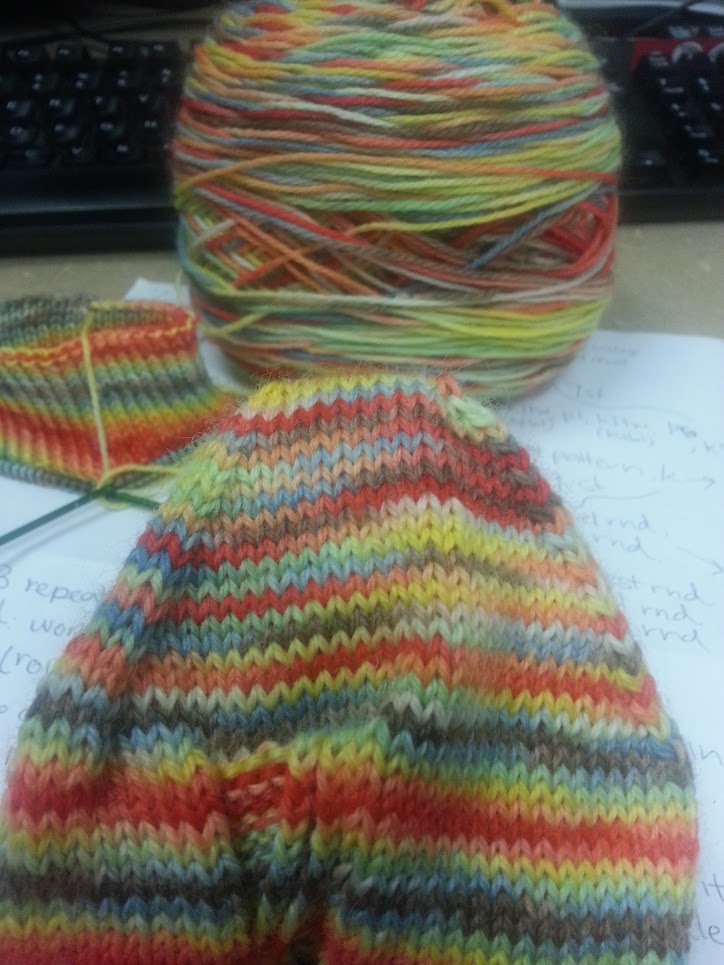 In this episode, the Prairie Girls talk about when their knitting slumps and how they get their mojo back. Susie emotes all over the place, and Danie hand-graphs a cable chart for naught.

Danie knit a Basic Man Beanie (no Ravelry project page at the time of publishing these shownotes!)  knit on US 7 /4.5mm in what may be Cascade 220 worsted in a graphite grey color.

Susie finished her Fleck hat out of Malabrigo Rios in the Vaa colorway, persevering through several son of a stitch moments involving the crown.

Susie worked a bit on her Hiro, had a son of a stitch finishing the toe of the first Zigzagular Socks, and knit a little on the second of her Transition Gloves.

Danie picked back up a Christmas stocking using the pattern A NEW Family Christmas. She also continued with her StarBrite Socks and her Lintilla, and made decent headway on her Entangled Vines. She has a bit of a son of the stitch on the sleeves, but it worked itself out.

Susie reported on the wear of the First Birthday Socks. All in all, they’re holding up really well.