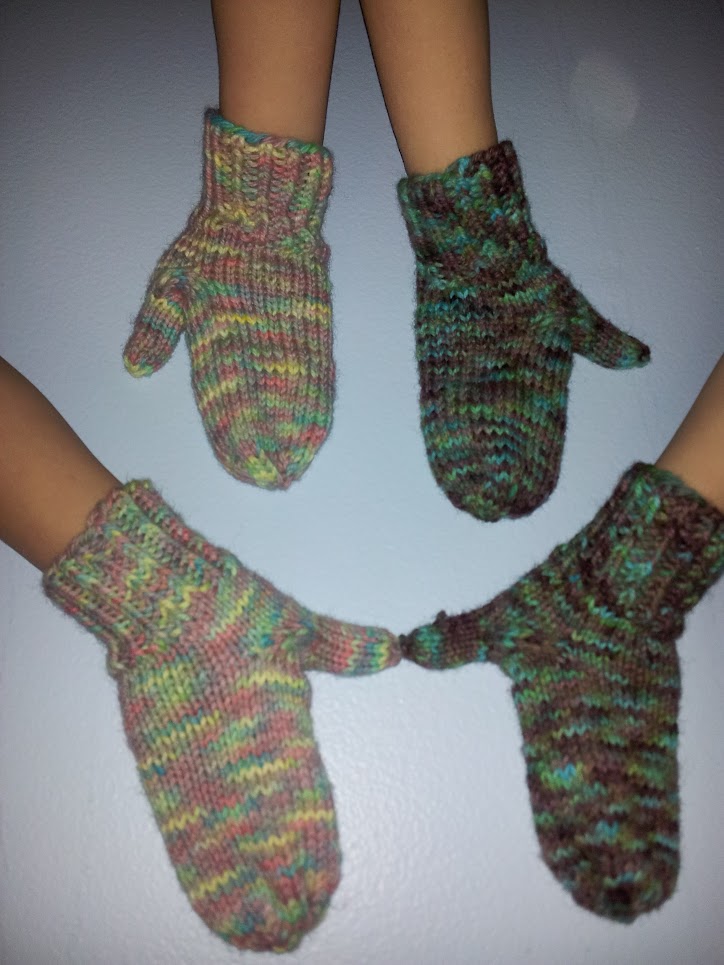 In this episode, the Prairie Girls dream about their magnum opus knitting projects. Danie finishes four mittens with strange-looking but very functional thumbs, and Susie has a yarn-related revelation.

Miscellaneous patterns mentioned include Oak Trail, In Dreams, and Celestarium.

The 2013 Legend-Prairie contest is underway! From now until January 5, 2014, post the project you consider to your most legendary of 2013 in the contest thread in the Ravelry group. The third of three prizes was announced – a skein of Simply Socks Yarn Company Poste Yarn, Striping in Garden District.

Both Susie and Danie finished the knitting on their TINY tea leaves cardis for Danie’s girls.

Susie started a hat of her own design, and knit at least one round on her Zigzagular Socks, but probably not many more than that.

Danie picked her Lintilla back up for some therapeutic knitting, and her StarBrite Socks for some cheery knitting. She also swatched, and then cast on for, an Entangled Vines cardigan.

Both girls are started thinking about their 2014 Ravellenic Games projects. Susie is deciding between a toddler sweater and husband socks. Danie is considering socks.

Danie is reconsidering her A Twisted Little Raglan for something that will work better with the drape and growing-tendency of alpaca. Something like Wrapped in Leaves.

Susie is a feminist history buff with an affinity for NYC and has been listening to two new-to-her history podcasts The History Chicks and The Bowery Boys.

Susie doesn’t do Christmas knitting. At all.