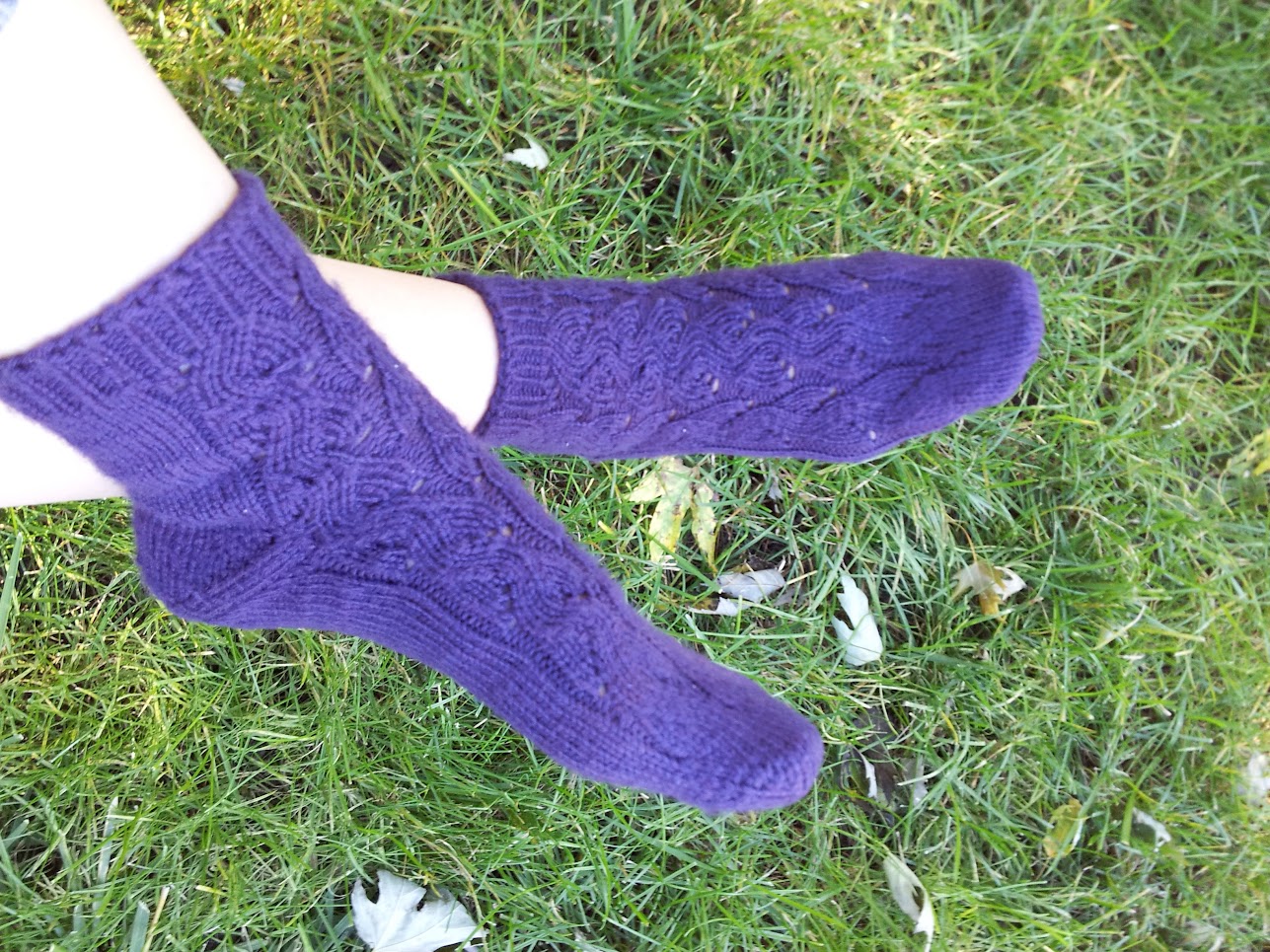 In this episode, the Prairie Girls have an off-the-cuff conversation about socks. Susie confuses Holloway with Lintilla, and Danie self-soothes with her sock yarn babies.

Danie finished her Slither Socks, after a son of stitch resulting in a little sock surgery.

Danie worked a bit on her Copper Socks, and discovered her Lintilla has a magically replenishing ball of yarn attached to it.

Susie worked a little on her Mother’s Day Socks and finished the front of her Holloway Pullover. In a son of a stitch, she decided to frog the massive sleeve she started and cast on again several sizes smaller. She also started her Transition Gloves. Keeping with the “ridiculously huge” theme of her knitting week, frogged the first attempt and began again with smaller needles.

Danie has reconsidered her $5 in Paris in favor of two Tiny Tea Leaves Cardigans.

Danie helped Susie work through a moral dilemma involving The Plan and how close she is to the next level of Loopy Rewards.

Susie spied a yarn-filled moment on last week’s New Girl, when Nick holds up an enormous cone of yarn and asks Jess if she’s knitting a mansion.

Susie has issues with the number 13.